Cassioli, always looking for innovative and cutting-edge solutions to best meet the needs of the market, on the occasion of the last year’s health emergency, promptly worked to find an effective solution in order to minimize the presence of viruses and bacteria inside airports.

Thanks to the collaboration with major universities, companies and study centers throughout Italy and beyond, our company has experimented various sanitizing methods within its production plants, subjecting them to important laboratory tests to verify their effectiveness.

One of these methods was selected by Turin-Caselle Airport for the new ATRS line, whose works began in mid-September and will be completed by the end of 2020.

The new Fast2Check Continuous Cleaning by Cassioli have been studied and tested in collaboration with MDS Srl, a company specialized in products and devices for environmental sanitation, which exploiting the innovative ActivePure® technology will allow to continuously sanitize the trays of carry-on baggage during security checks.

The trays used for objects and hand luggage during security checks will undergo a continuous sanitization process, thanks to a state-of-the-art system that will purify both the air during recirculation and the surface of the trays itself from viruses and bacteria.The ActivePure® sanitation technology installed inside Fast2Check Continuous Cleaning combines three different sanitization processes: air purification with forced air, sterilization with ozone-free UVC rays and the continuous release of 0.02 ppm hydrogen peroxide. This process allows a sanitation capacity up to 90% in a few seconds.The effectiveness of ActivePure® has been proven by several independent studies and tests and by the action demonstrated against bacteria, viruses, molds, dust and fungi in the air and on surfaces. The ActivePure® disinfection technology has also the advantage of being a 100% natural sanitation process, safe for humans because it is chemical-free and designated a Certified Space Technology by the Space Foundation.Another novelty introduced in Cassioli’s Fast2Check Continuous Cleaning will concern the design, completely renewed and integrated with plexiglass to facilitate spacing and better separate one passenger from another during check-in and, in particular, at the time of luggage storage inside the trays. 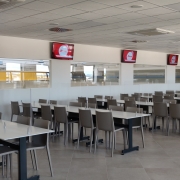 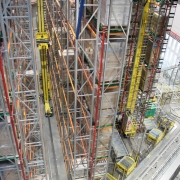 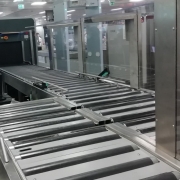 Innovative X-ray machine for the Cassioli Fast2check at Fiumicino Airport

Cassioli presents its new website, with an attractive graphics and innovative...
Scroll to top